Alfa Romeo is one of the greatest European luxury cars manufacturers ever, and while the sports car market of today is filled with many other names, the Italian automobile manufacturer still remains on top. Italian sports cars are really things of beauty, and Alfa Romeos are among the most beautiful of the lot.

This Italian sports car manufacturer shows the world that it is at the top of its game with the Alfa Romeo 4C Spider, which is a direct descendant of a gorgeous lineage of fast and stylish sports cars. 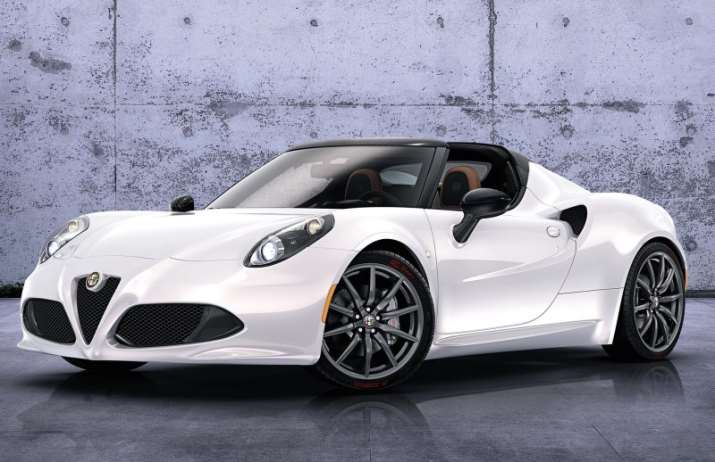 Unveiled in the 2014 Geneva Motor Show, the Alfa Romeo 4C Spider is just one of the versions of the 4C Concept first introduced in 2011. As with the original version introduced in the same mother show three years before, the 4C Spider is a gorgeous car that boasts of several notable upgrades from the original 4C version released in North America. From a gorgeous sports coupe of the 4C, the Alfa Romeo 4C Spider is turned into an equally gorgeous convertible. At first, fans of the 4C were apprehensive about Alfa Romeo’s decision to turn the coupe into a convertible, but the mid-engine 4C Spider looks worthy of its lineage.

The engine remains similar to the coupe version, with the trademark Alfa Romeo 1.7-liter, 240 horsepower turbocharged I4 coupled with a six-speed Dual Dry Clutch Transmission. The Alfa Romeo 4C Spider looks really compact, clocking in at a width of 82.3 inches (including the side mirrors), a height of 46.6 inches, a length of 150.7 inches, and the carbon fibre chassis weighs an impressive 65 kilograms. The engine is incredibly light and powerful, too—this new engine design boasts of a four-cylinder turbocharged engine that can churn out enough horsepower to take the 4C Spider from zero to sixty in a tiny bit over four seconds. The engine also has a torque output of 350 Nm at 2,100 rpm. 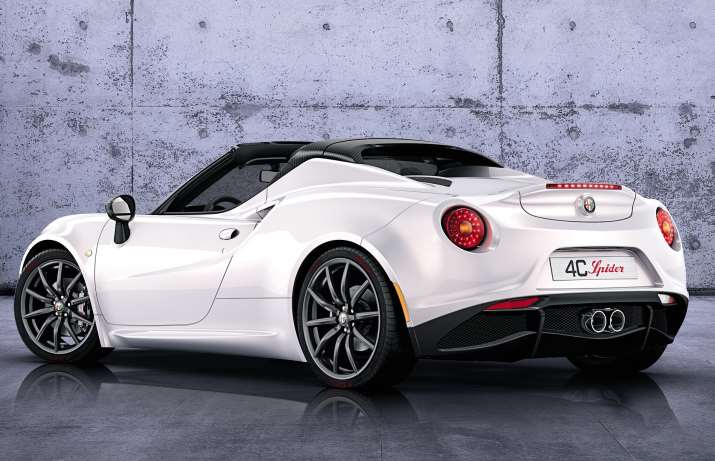 The trademark Alfa Romeo TCT Dual Dry Clutch Transmission (with paddle shifters) that comes with the 4C Spider is also very impressive, with a patented Alfa DNA dynamic control selector that allows the driver full control over engine behaviour, throttle response, the gears, gearbox, and suspension. There is also a Race mode that reduces the time between zero to sixty by 0.3 seconds.

One notable difference from the 4C coupe is the addition of weight in the 4C Spider, making the latter heavier than its coupe brother by sixty kilograms. This is because the body of the car has to be reworked for strength, and the engine hood, headlights, and exhaust redesigned.

With a relatively affordable price tag of US $83,360, the Alfa Romeo 4C Spider is one of the best two-seater convertibles to take on a road trip. The interior is very comfortable too, and it is the perfect car to take if you want to ride in style without scrimping on power and performance. The Alfa Romeo 4C Spider just might be the model that will bring back Italian automotive artistry in the United States. 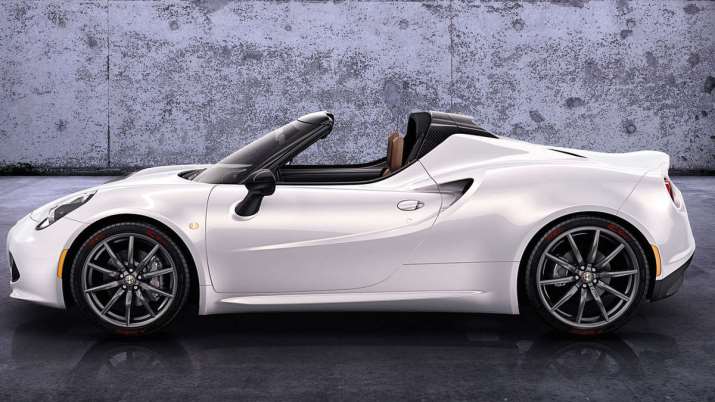