A car can run fast, have good mileage, have great features, or even have a nice body, but in the end it's always a question of whether it sells. When a car manufacturer produces a model that will sell out to the world, it has already succeeded.

Indeed, some car companies have excelled in selling their released cars compared to their competitors. And as to what made their cars sell so much will indeed vary.

Below is a list of the top 10 best selling car models of all time.

Somehow, Honda always had ways to keep its compact SUV or crossover on top of these lists. In fact, it became the best seller in one way or another. It was Australia's best seller among SUVs in 2000. It also maintained its status as the US best-seller for 15 years until 2006. In 2013 the CRV sold 303,904.

As always, Toyota's ever reliable compact car has kept its place in the list of top ten best selling cars worldwide since 1974. By 2013, Toyota reached its milestone of having sold 40 million Corollas throughout eleven generations, where it has undergone so many major redesigns. For the year 2013, it sold 302,180 in the US, 44,449 in Canada, and 43,498 in Australia. This constituted a 5.6% increase in their sales that year.

The Nissin Altima is renowned for being more luxurious and more powerful than the Sentra, although not so much compared to the Maxima. But this did not affect the fact that it is still the car manufacturer's #1 selling model. This mid-sized sedan was also the best selling model in the US back in the year 2011, as the preferred compact car in the country. 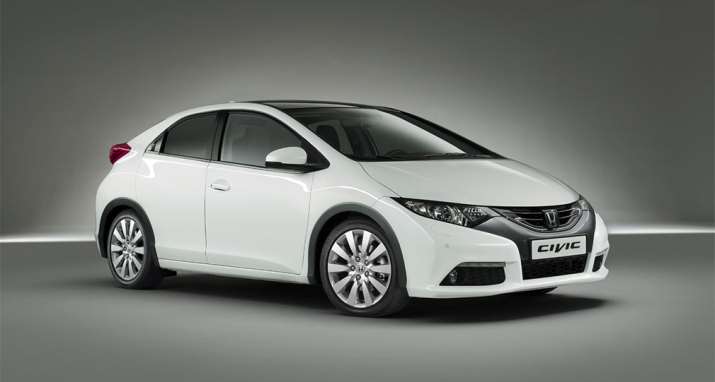 Honda's compact is the darling small car of both Canada and the United States. Over 7.3 million have been bought in the US alone. It has also been #1 in Canada for 14 years, up until 2012. Honda also sold 16.5 million Civics in 2006. And while it did go down the list in 2013, the Honda Civic nonetheless stayed in the list and had a 10.3% increase in sales that year.

The Ram has consistently been named Truck of the Year by Motor Trend five times, and this included the 1500. With its bold new design, improved technology, and upgraded mileage, the Ram 1500's sales went up by 22.5% in 2013, selling 355,673 in the United States alone. This sales performance beats any market for pickups today.

This one's been a best seller in Japan as the top plug-in hybrid. It has also been among the best-sellers in the United States since 1989, and is recognized as the best selling Japanese car as well. It even sold ten million within the years 1991 and 2001. The Honda Accord's success in sales is largely thanks to the reliability of the car, and is in fact considered one of the most reliable all over the world. And thanks to the Honda Accord's latest redesign, sales went up by 11% in 2013.

It's no surprise that the Camry remains one of the leaders of this list. This is, after all, Toyota's flagship mid-size sedan. From 1997 to 2013, it keeps its title as the United State's best-seller among passenger cars. Camry has also sold really well in Australia, and recently in the Middle East and Europe as well. In 2013 alone, it sold 24,860 in Australia, 15,113 in Canada, and 408,484 in the US.

After its long overdue redesign, sales went up by 19.7% in 2013, just in time for the housing rebound, which always meant increased sales on pickup trucks. Chevrolet had a total of 664,803 sales in the US in 2013, the bulk of which were of the Silverado, at 480,414 sales, sharing the glory with its cousin, GMC Sierra.

Of course, 2013's leader in the list is no other than the top selling in the United States, beating even the new designs from Ram and Chevrolet. Ford's sales on the F-150 went way up to 20% in 2013, also taking advantage of the housing industry rebound.